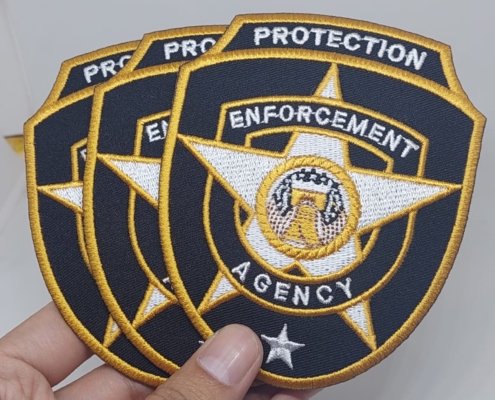 Custom morale patches are pretty popular for lots of variation quality and sticking styles. If you belong to the military, then you must know a few basic concepts about it.

This read will help you what are morale patches and how to make your own customized patches. Let’s find out answers to common queries before getting into the store.

What Are Morale Patches? And What Do They Mean TO Be

A Morale Patch Stand For a customized patch mostly for security and armed forces. They could be both adhesive and Velcro supported. They are worn by the army, soldiers, coast guard, and military uniforms and accessories.

The purpose behind the origin of morale patches is to boost morale through words, characters, or emojis. When we say ‘high morale’ we actually mean “encouragement”, therefore, you would see event-based personalized patches mean to create boost enthusiasm into wearers.

You can see morale patches also have some message within a humorous style.  Hence, the wide range of custom-made morale patches now has sports, fun, and letters. A better way to encourage and express participation and sometimes humor.

What To Do With Morale Patches?

Morale patches are used to make the identification of different badges, crops, designations, and units. You can also sell them online at e-commerce sites like Etsy, eBay, etc.

What are the types of morale patches?

Ultimate Emblem offers both types of rubber-made and embroidered logos with both baking types of sew-on and heat stick.

Iron-On And Sew On Morale Patches

Iron-on patches are also called heat sealing patches. They are easy to stick, dry and, long-lasting adhesive on the backside. But after years, they start to wear and tear.

PVCs are easy to dry and long-lasting. But you can choose the type you like to wear and prefer.

What Is The Meaning Of Kraken Morale Patch? And How To Deal?

The meaning of Kraken is a giant sea monster like an octopus, and this monster is embroidered with some tagline on morale patches. People love to wear it to look cool and stylish.

What Are The Hook And Loop Morale Patches?

/What Kind Of Velcro Is Used On Morale Patches?

Velcro consists of a hook and loop that enables you to remove the patches from the uniform instantly. There are also patches containing pins or buttons, but Velcro is the best option for the military to remove any unprofessional patches quickly.

That is why many uniforms also come with velcro areas to add or remove patches in a hurry.

We do believe this blog lets you know common wavering questions in mind for iron-on morale patches. In case you still need to know and get an idea for your project, feel free to email at sales@ultimateemblem.com. Our quick sales representative Isaac would love to answer you and providing you an instant quote for a minimum quantity customized morale patch.

This is a notification that can be used for cookie consent or other important news. It also got a modal window now! Click "learn more" to see it!

We may request cookies to be set on your device. We use cookies to let us know when you visit our websites, how you interact with us, to enrich your user experience, and to customize your relationship with our website.

Click on the different category headings to find out more. You can also change some of your preferences. Note that blocking some types of cookies may impact your experience on our websites and the services we are able to offer.

These cookies are strictly necessary to provide you with services available through our website and to use some of its features.

Because these cookies are strictly necessary to deliver the website, refuseing them will have impact how our site functions. You always can block or delete cookies by changing your browser settings and force blocking all cookies on this website. But this will always prompt you to accept/refuse cookies when revisiting our site.

We fully respect if you want to refuse cookies but to avoid asking you again and again kindly allow us to store a cookie for that. You are free to opt out any time or opt in for other cookies to get a better experience. If you refuse cookies we will remove all set cookies in our domain.

We provide you with a list of stored cookies on your computer in our domain so you can check what we stored. Due to security reasons we are not able to show or modify cookies from other domains. You can check these in your browser security settings.

We also use different external services like Google Webfonts, Google Maps, and external Video providers. Since these providers may collect personal data like your IP address we allow you to block them here. Please be aware that this might heavily reduce the functionality and appearance of our site. Changes will take effect once you reload the page.